If You Go Down To The Woods Today 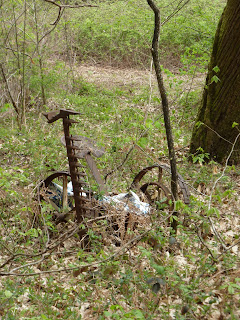 You never know what you're going to find on a walk through the chestnut woods but you can be sure you will find some sort of rusty old relic languishing in the undergrowth. 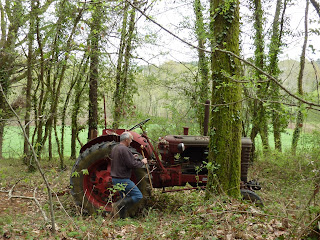 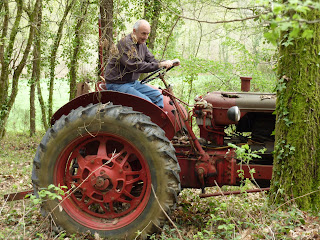 Paul couldn't resist a closer inspection of this big red tractor, temporarily parked or just abandoned among the trees. 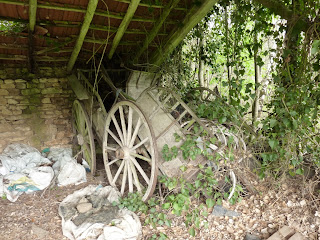 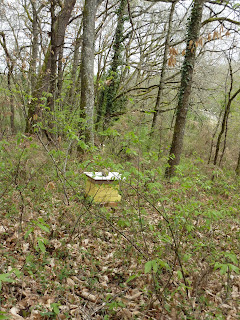 Beehives are scattered throughout the chestnut woods - wise not to get too close.  The bees collect the chestnut nectar to make a rich, dark honey. 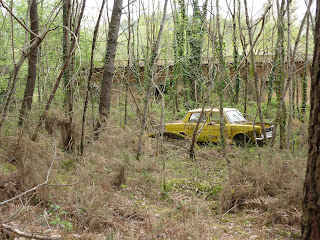 Why take your old car to the scrapyard when you can just dump it in the woods?
Posted by Sue at 14:11 4 comments: 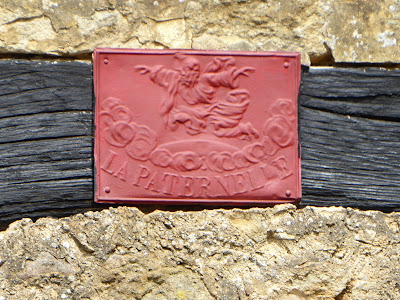 This metal plaque on our barn wall is an old fire insurance mark. These metal plaques were used in the eighteenth and nineteenth century to signify to the local fire brigade that the property was insured.  Each respective insurance company was identified by its own particular emblem embossed upon the plaque.  Ours shows La Paternelle, a company dating back to 1843. 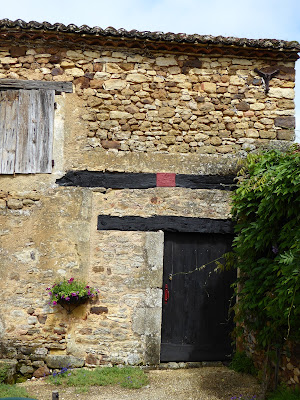 The plaque is fixed to the beam of the original doorway.  You can see the outline of a much larger opening than the present day door, probably to accommodate farm carts or horses.

These yellow socks (early 21st century) are part of my floor polishing kit.  Great exercise and the bathroom tiles are left gleaming. 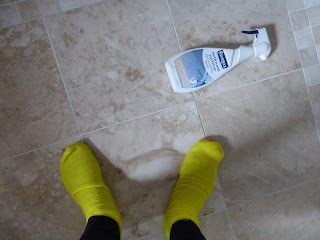 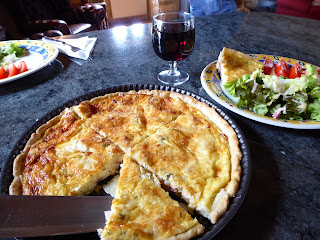 On The Road Again


Feeling tired this afternoon after our longest ride out this year – 30 kilometres.

This time we turned left at the fork and found the correct road through the farm, a route we were just curious to explore.  Although it is marked as a 'through road' it is obviously rarely used and riding through the farmyard was surreal.  Young fluffy chicks everywhere, squawking hens, ducks, geese, cats, manic barking farm dog (luckily tied up), straw and farming detritus scattered across the road, it was such a crazy scene. I wanted to take a photograph but I was frightened that if I paused too long I would immediately disappear under a huge pile of feathers and muck.

It was a pleasant ride out.  When we came upon the poppy field we just had to stop.  I asked Paul if he could take a photo with his mobile phone.  He dutifully waded through the meadow to take some snaps.

Then, as he turned and started walking back towards me, a young deer rose up out of the long grass right behind him and looked at him curiously.  I gesticulated to Paul and he just waved back, completely oblivious as the deer bounded away into the trees.

It was a beautiful sunny morning but just after we got home the storm clouds gradually started to form in the distance.  It was very warm so we decided to risk lunch on the terrace.  Not the best idea because the rain started to fall just as we had finished eating, we had to pick up the wine glasses and head for cover.  I don’t like it when my wine gets diluted. 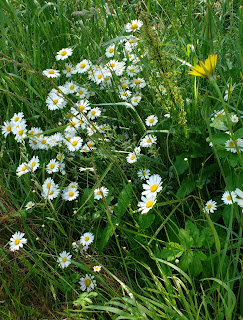 Who Do You Think You Are?


It’s a strange feeling when you discover something extraordinary about your family.

I can remember my grandfather Alexander telling me about travelling to South Africa as a young boy with his younger brother and parents.  His father George was a successful accountant taking advantage of British colonial rule in Africa.  He made a small fortune working in the gold and platinum mining industry during the gold rush of the early 20th century.   The family returned to England when Alexander was still a young school boy.  By this time his siblings comprised two brothers and two sisters.

A few weeks ago I was casually surfing the internet and looked up my grandparents’ home in Middlesex, wondering if there were any old photos of the house that I remembered from my childhood.  I stumbled across an article that mentioned the BBC programme Who Do You Think You Are?  The celebrity featured was a young black TV presenter by the name of Reggie Yates (I’d never heard of him but apparently he is quite well known).   Surely this was a mistake, how could he be part of my family?

I managed to find a re-run of the BBC programme and was absolutely gobsmacked by what was revealed to me.  George's work in Cape Town and Ghana and the developing gold mining industry looks like it kept him from the UK for large periods of time. His wife, Ethel, (my great grandmother) remained in England with their children. During one of his expeditions he took a "local wife" and they had a son, Harry, together.  Great grandfather fell ill, returned to England and died at the relatively young age of 44 years. Harry was just two years old. As far as I am aware the English family were unaware of Harry’s existence and I don’t think my grandfather ever knew he had a half brother.

My great grandmother was left a very small legacy.  I was always told that great grandfather George gambled away his fortune on his voyage home.  I now suspect his fortune was invested in his Ghanaian family.

Harry grew up in Ghana and married a local lady.  Together they had 11 children.   Reggie is his grandson, which makes him my half cousin once removed.  Well I never did!


Today we decided to do a fairly short cycle ride as we had a Skype session arranged for 10.30 a.m. with my daughter.  Sarah lives on the other side of the world in Sydney so these sessions are very precious to us.

We planned to ride through the woods, a gentle descent through donkey valley, past the wood yard and back via our bastide town.  Back home in plenty of time for our Skyping. After we came out of the woods Paul suggested we try a different route down to the wood yard.

We came to a fork in the road.

“I think we should turn left here down to the farm.”
“No, I don’t think so,” Paul replied and without further ado turned right.  The hard surface turned into a gravel track leading upwards into the forest.
“I don’t think this is the right way.”
“There’s a horse sign, it will lead somewhere.”

Actually it was a very pretty ride through the forest, bouncing along the gravel track and trying to avoid potholes, except we didn’t have a clue where we were.  Eventually the forest spat us out and we found ourselves back in donkey valley on a road we recognised.  I did my fastest time ever cycling up the hill home.  I really didn’t want to miss that Skype session. 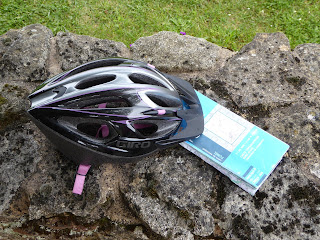 Sewing Bee was far more entertaining this week. The focus was on children’s clothes. Jamie’s tweed tailored cape was beautifully made and Angeline’s red cape with tartan godet and bow was delightful.  But what really made me chuckle was poor Ghislaine’s attempt at making a babygrow (sleepsuit).  It had a wonky gusset and one of the legs was inside out and just looked so funny lined up with all the near perfect ones.  You really don’t want a wonky gusset.
Posted by Sue at 22:08 6 comments: