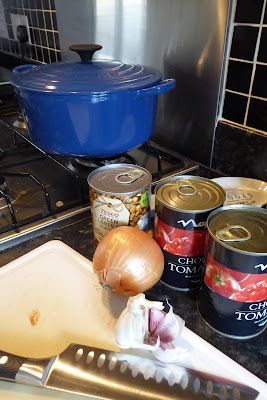 The house search has been postponed until this snowy and wintry weather is out of the way and conditions improve for travelling.  I feel a bit in limbo at the moment; I’m not very good at waiting.

Paul and Rick went to school this morning so I decided to play good little housewife and do some baking.  I made a batch of cookies for the freezer and then made the easiest soup in the world.  (Chop an onion and some garlic, fry it for a few minutes before adding 2 tins of tomatoes, 1 tin of lentils, 1 tablespoon of tomato puree, pinch of thyme and 2 pints of stock.  Simmer for ten minutes and then give it a whiz with the blender.) 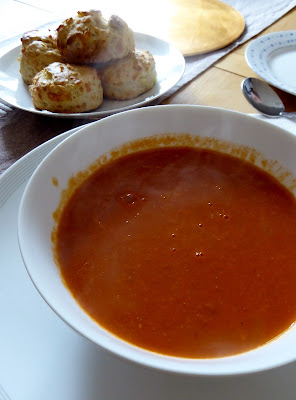 I then got carried away and made some cheese scones to go with the soup.  I shouldn’t have bothered, they were a bit doughy and claggy. I’ll stick with bread rolls from the baker in future. 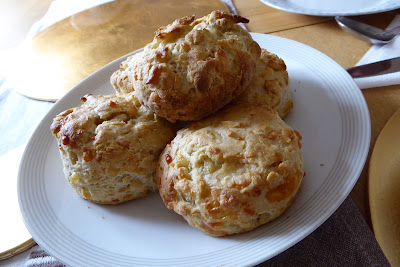 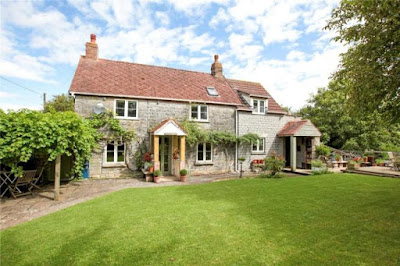 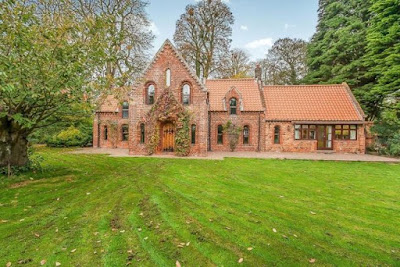 It's No Use Crying Over Spilt Milk


This is what happens when you drop a 2 litre bottle of milk.  The photo doesn't show the milk splattered walls and ceiling!

When The Past Catches Up 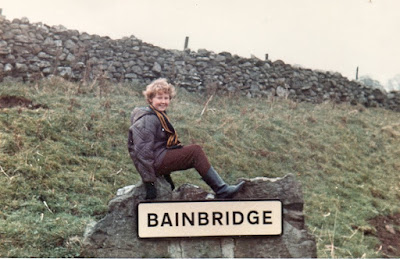 Paul found an envelope addressed to me on the door mat two evenings ago when he took Rick out for his evening walk.  I was rather mystified by it.  There was a letter and two old photographs.  One was of me aged about 13 years old and the other was of the cottage in Yorkshire where I lived with my mother and step father. 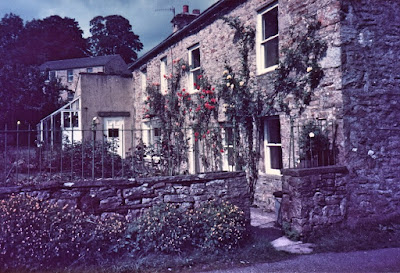 I was only 12 years old when my mother took me from Sussex to the Yorkshire Dales to escape an unhappy marriage.  In the small village of Bainbridge she met, and subsequently married, a retired farmer.  Frank was a kind and caring step-father to me but sadly their marriage did not last.  Everyone said it wouldn’t work – the flighty young woman from the south and a much older, Yorkshire man.  They were right.  When I was 17 years old I came home from college one weekend and discovered my mother had moved to London. I had little alternative but to pack my bags and say farewell to the Dales and follow her.

The letter was from Frank’s great niece, Jill, who had seen me make mention of him in a comment on Weaver’s blog.  Through this she had found my blog and managed to track me down, almost fifty years later.  I shall treasure the photos as I have no others from this period of my life. Jill and I are now in touch via e-mail sharing memories of Frank and times past. 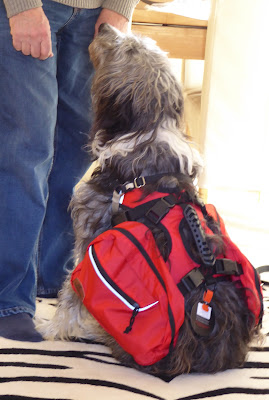 Rick had a special delivery from Amazon this morning – a Canine Backpack Harness. I think the delivery lady was a bit fazed by his barking because she literally threw the parcel at Paul when he opened the door and then literally ran back to her van.  I guess she doesn't like dogs.

Paul takes Rick to doggy school every Tuesday and he excels - walking to heel, sitting, seek and find, double cartwheels and handstands.  (Rick is quite good at those tricks too!)  However, walking him around the estate is another matter.  Sometimes he behaves himself and doesn’t attack every car or bicycle in sight but he hates walking to heel.  He is a very strong dog and at the end of an hour’s walk I am exhausted by all his pulling.

We have tried all types of different leashes but nothing seems to make much difference.  Bea, our dog trainer, has suggested we try the backpack harness.  The idea is that he will think he is working and carrying something and this will restrain his behaviour.

Paul has just set off with him.  Rick has two full bottles of water in his backpack.  I have to admit I’m rather sceptical but it’s certainly worth a try. 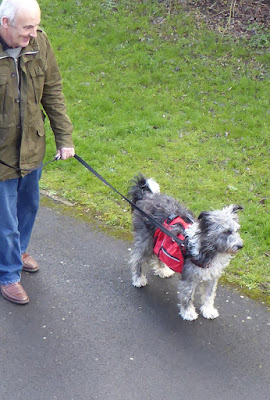 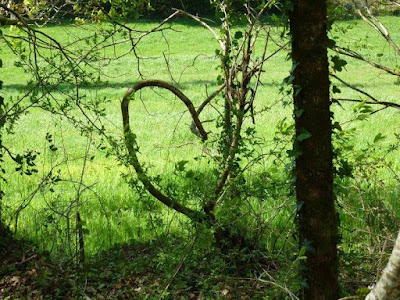 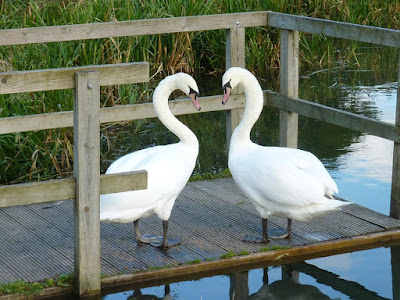 Paul is no romantic but he did take these photographs...

A Sunday in February

A robin was bobbing around outside my window in the sunshine this morning.  I grabbed my camera but of course he had disappeared by the time I got back.  These guys posed for me instead. 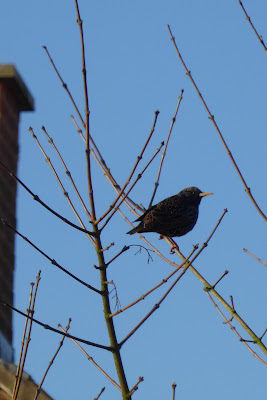 The sun is shining but the wind is bitterly cold.  We got caught in a brief snow shower while out with Rick.  His coat is thick and he doesn’t seem to notice the cold.

Back indoors and watching the winter Olympics.  Those guys must be crazy to launch themselves down an icy chute at breakneck speeds sitting on nothing more than a tin tray. They look a bit like demented seals as they use their hands like flippers to propel themselves at the top of the run. The German favourite makes a mistake on the final run and misses out on a medal.