Graham, our joiner, is here today to finish off the doors.  He arrived bright and early, just after seven.  I had only just finished my porridge and got dressed.  He is a very good worker, just gets on with the job and doesn’t even like to stop for coffee and biscuits. 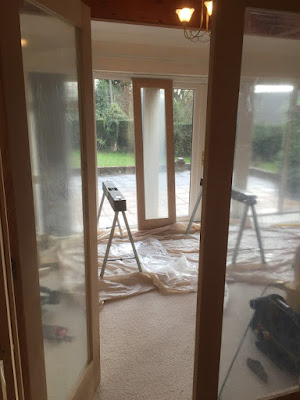 The doors blocking up the archway into the garden room are in situ and he is now working on the glazed doors into the hallway.  Rick is curious but I’m keeping him out of the way because Graham is more of a cat man.

Paul put the old doors on Freecycle in case anyone wanted them.  He got a very quick response and Dodgy Dave is coming this afternoon to pick them up!

I see the Christmas adverts have started on the television.  There was a new one last night for Chanel perfume.  There was a time when, like Marilyn Monroe, I would only wear Chanel No. 5 in bed.  Nowadays it’s pyjamas and E45*.

(*E45 is a dermatological cream for dry skin) 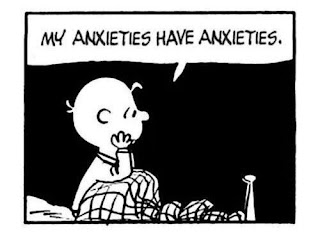 I am an anxious person.  Always have been, it’s part of my psyche.  Right now I’m fretting about my daughter, Sarah, in Australia.  There has been a bad storm in Sydney and I can’t make contact with her.  She is probably fine and having fun somewhere but I can’t help worrying.

Yesterday I went to the hospital about my thyroid biopsy.  It was done six weeks ago and I was keen to get the results.  The clinic was running late and I waited for over an hour to see the Consultant only to be told that the biopsy was inconclusive and I would need another biopsy.  What a waste of time.  Why not just write to me weeks ago and arrange another biopsy? So, yes, I'm a bit anxious about that.

When we got home we discovered Rick had barfed his breakfast up all over the kitchen floor.  I can deal with things like that, it doesn’t make me anxious. 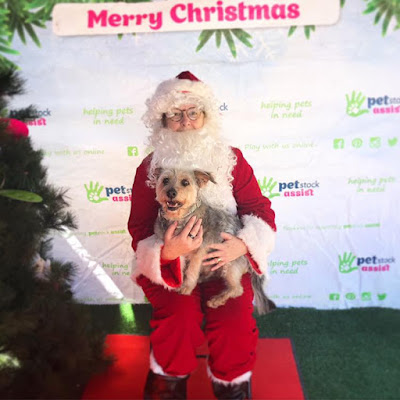 Hope you’re all ready for Christmas.  My mistress is abandoning me to come and stay with you in darkest Lincolnshire for the holidays so I hope you are going to make a fuss of her.  Try sitting on her lap and breathing doggy breath all over her, she seems to like that but she will shout at you if you fart too much.

I shall be going to stay with some eccentric dog lady for Christmas.  She is absolutely barking but her house is full of toys and doggy hideaways and she is going to spoil me rotten.  All the women fall for me as soon as I give them that winning look of mine.

My mistress took me shopping this weekend and I was made to sit on Santa’s knee and smile for the camera.  The things we have to do to keep our humans happy.  And it’s only November!

Have a good one.  Hope you get a new tennis ball in your stocking. 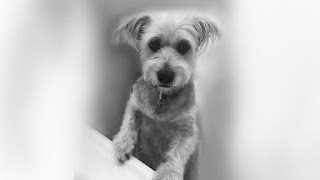 
It is very cold, damp and gloomy in Lincolnshire today, a proper winter’s day.  I just let Rick out the door and he sniffed the air, turned around and shot back indoors.

When it’s this cold my mind always turns to comfort food.  Yesterday we had a hearty minestrone soup for lunch and then pork and apple casserole with mashed potato for supper.  Apple turns up quite a lot in our meals these days!  Today we have more soup and then tonight I’m baking some salmon fillets with macaroni cheese.  Not sure if that works but I’ve got a hankering for mac ‘n cheese. 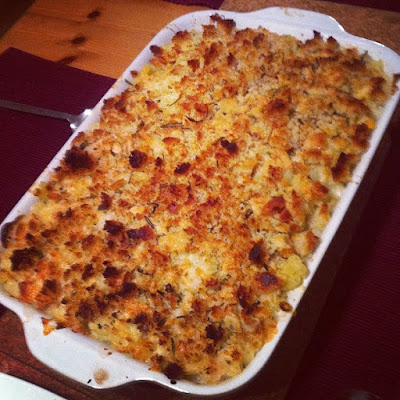 Work on the garden has been suspended until the sun comes out again.  We have huge piles of wood cuttings, brambles and ivy scattered around.  Paul is planning to load the trailer and take it to the local organic waste recycling plant.  Otherwise we will have to bag it up individually before taking it to the ordinary recycling centre. The leaves will get raked up and dumped straight onto the compost heap.

But today we are staying indoors, keeping warm and eating! 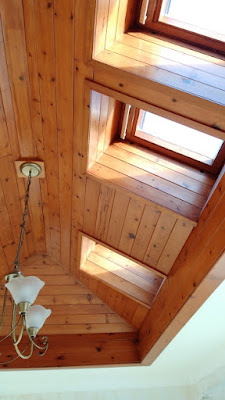 I’ve often thought that the garden room here would make a wonderful exercise studio.  So this morning I plugged in my laptop and did some Tai Chi With Nancy.  I felt very smug about doing some exercise but when I did the ‘sweeping the skies’ move I noticed a load of cobwebs up in the vaulted ceiling.  That quickly killed my feelgood factor and I had to do battle with the Dyson again.

After I finished vacuuming I decided to make a curry from yesterday’s roast lamb.  I love lamb curry.  While I was cooking the window cleaner arrived.  He uses the new fangled system of spraying the windows with purified water. It’s quick but makes everything very wet.  I tried my best to move Rick from room to room so he wouldn’t terrorise the guy but somehow he escaped into our bedroom and came face to face with him on the other side of the glass.  He did a very good impression of a demented werewolf. Rick, not the window cleaner.

After lunch we watched an episode of Lilyhammer on Netflix (a black comedy based in Norway).  We’ve only just discovered it and it’s only available until 21st November.  It’s been on there for years and now we’re trying to watch the whole series in a week!

So, the lamb curry turned out really well.  Most evenings we listen to some French cafe jazz on the Bluetooth speaker while we’re eating.

“What’s this music, it sounds Moroccan?”
“Bollywood Top Fifty.”
“Huh?”
“To go with the curry.”