I couldn't resist taking a photo of these guys - carrot lovers.  We ate them for lunch.

I made a tarte tatin today using apples from the garden. Unfortunately the caramelised topping was too toffee like and the apples stuck firmly to the pan, refusing to budge.  It ended up as a total mess but still tasted good.  I don’t know why that happened unless perhaps the apples weren’t juicy enough. 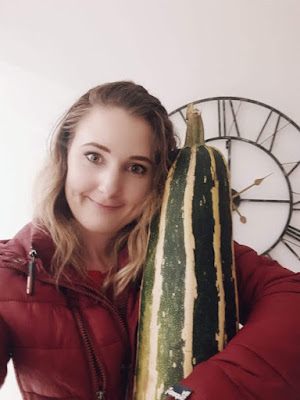 Thursday night was quiz night at the village hall.  It was a very convivial evening, helped along by the two bottles of wine on our table.  Kat is home this week so she joined our group and was definitely an asset when it came to identifying Games of Thrones actors. Unfortunately it wasn’t enough to bring our score up high enough to win.  I was just chuffed by the fact that I guessed correctly the name of the group that sang Don’t Leave Me This Way back in 1986.  Didn’t have a clue though naming the three daughters of King Lear. I wonder what that says about me!

Kat is off to Cyprus for her next posting in November; she will be away for three months.  I shall therefore forgive her for choosing a giant marrow with our winning raffle ticket instead of wine or chocolate.  Stuffed marrow anyone? 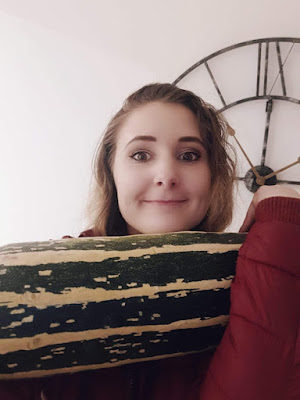 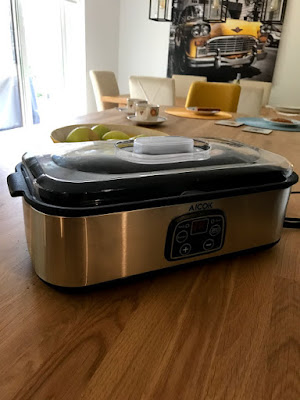 I have just bought a yoghurt maker.  When we lived in France I was able to buy my favourite natural yoghurt from the supermarket – a cheap own brand that was unsweetened, unflavoured and not too rich.  I haven’t been able to find anything similar in the UK so I’ve decided to make my own.

For the first batch I used half a pot of natural, live yoghurt as a starter.  I mixed it with a litre of full fat milk (boiled and then cooled) and poured it into eight small jars that were then placed in the yoghurt maker. I left it to incubate for eight hours and it has turned out amazingly well, just as I like it.  Natural, unsweetened yoghurt with a bit of a tang.   I can use this as a starter in my next batch although the taste may differ the next time.  I’m not sure how long you can keep a culture going for. 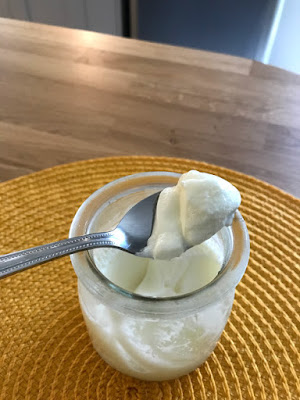 I also bought some sachets of powdered culture that should produce the Rolls Royce of yoghurt – Bulgarian or Balkan yoghurt.  The packets are a bit disconcerting – “Contains live active bacteria like ''Lactobacillus delbrueckii subsp. Bulgaricus'' and ''Streptococcus thermophilus'' 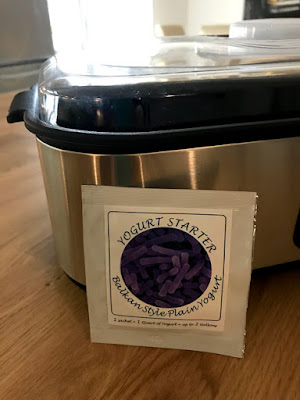 Anyone else make their own yoghurt? 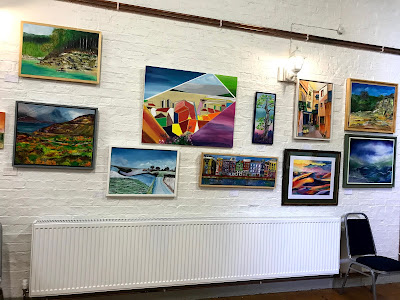 Yesterday Paul and I visited an art exhibition in the nearby village of Hackthorn.   It was the annual showing of the local art club in the village hall and a rather predictable display of ‘nice’ landscapes.  I would love to have bought a painting but there was nothing that really stood out for me.


The village hall is part of the Hackthorn Hall estate and the parkland surrounding the big house is used for equestrian events.  There is a public footpath through the park and Rick really enjoyed his afternoon walk; he really doesn’t care for fine art. 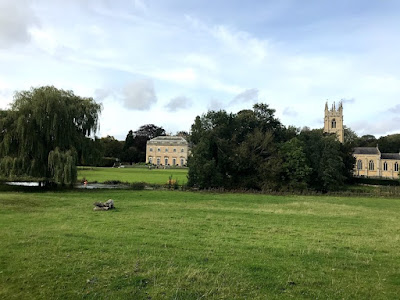 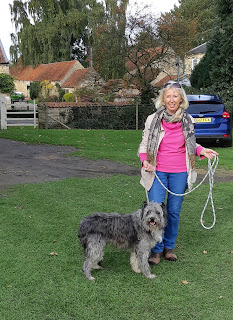 A Matter of Taste

I am a bit of a fan of Arthur Rackham (19 September 1867 – 6 September 1939), an Englishman who became well known for his fantasy illustrations of children’s literature.  I particularly like the way he painted trees using watercolour and pen and ink.

I have challenged myself to draw/paint a tree in this style so I tried to find a suitable subject while out with Rick this afternoon.  It’s not easy to take snaps with one hand and control an energetic dog with the other.  This was the best I could find. 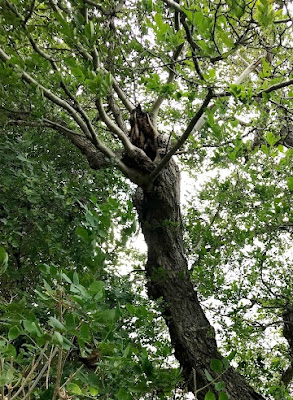 My next decorating project is the master bedroom.  Since we moved in I have hated the four spotlights suspended from the ceiling, it resembled a row of scooter headlights. 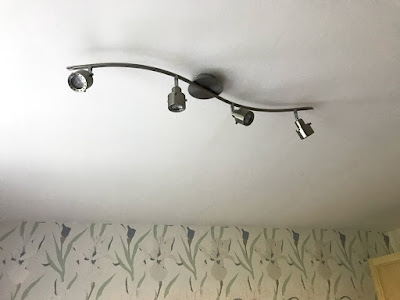 Paul also has a pet hate – glass chandeliers and anything glitzy. Sometimes you’ve just got to let your lady have what she wants.   I now have a glitzy, glass light fitting and I love it! 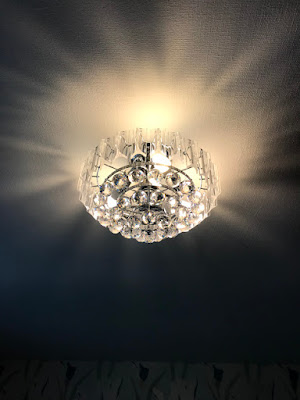