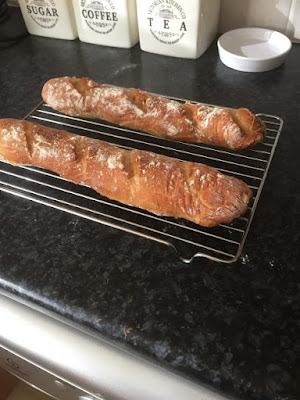 Kat and Paul have been watching BBC’s Bake Off and decided they would have a go at making baguettes.  I came home on Saturday to the delicious smell of baking bread and a kitchen covered in floury fingerprints.  Paul had even made a contraption to help mould the dough into baguette shapes while it was proving.

The end result was excellent, far better than supermarket so-called baguettes and not far off French boulangerie standard. 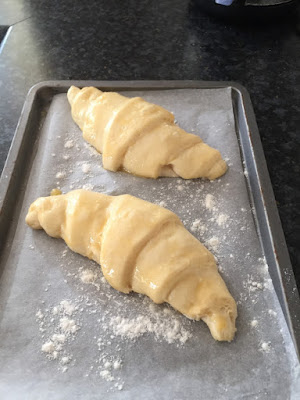 Today Paul surprised me again by presenting me with freshly baked croissants.  He cheated this time though and bought the frozen pre-made dough from the local deli.  Tomorrow it’s going to be chocolatinas! 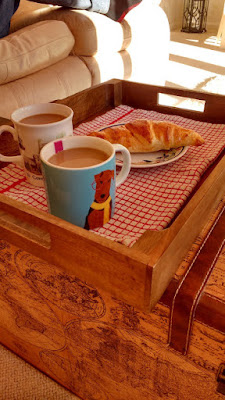 I need to get those pedals back on my bike so I can start cycling the calories off!