From Here You Can't See Paris

Another beautiful day.  Brisk cycle ride this morning, I put in a lot of effort to keep up with Kat and Paul and wasn’t too far behind when we rolled back into the courtyard.  No sheep encounters today. Lunch was a long boozy affair on the terrace followed by a game of boules. 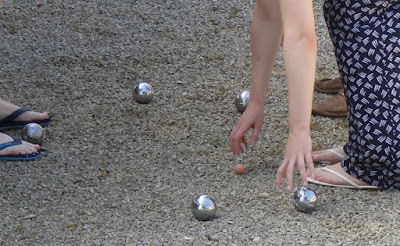 Tonight we are dining out at La Récréation, a restaurant originally set up in 1993 by Jacques Ratier and his wife, Noelle, in an old school in the tiny village of Les Arques.  Its excellent food gained a reputation locally but it won an even wider audience after it featured in Michael Sanders’ bestseller From Here You Can’t See Paris.


We haven’t visited since new owners took over the restaurant a so it will be interesting to see how it measures up.  I’m looking forward to the lobster ravioli that has featured on the menu since the place first opened. 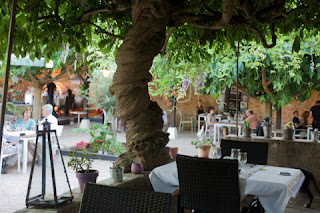