I’ve just walked through the village to post a letter with Rick and didn’t see a single soul.  It is eerily quiet out there.  On the plus side it did mean that there were no cars for Rick to chase either. 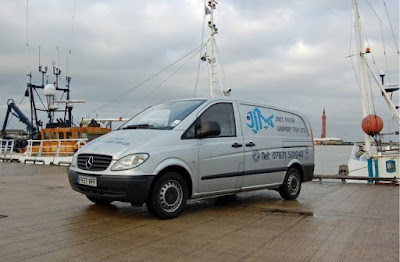 The fish man from Grimsby delivered to our door last week and said he didn’t know when he would be back again as the fish market was closing.  We bought some cod and sea bass for the freezer and last night I pan fried the cod.  It was deliciously tender, moist and flaky.  I served it with a lemon and caper sauce and spinach from the garden.

Today we had sardine bruschetta for lunch.  It was a bit posher than sardines on toast because I made an onion marmalade and used last night’s leftover lemon and caper sauce as a dressing.  Piled high on a thick slice of toasted home made bread it was a class act.

Paul’s cooking dinner tonight – Malay Chicken Biryani.  I would invite you all round to join us but apparently it’s not allowed!