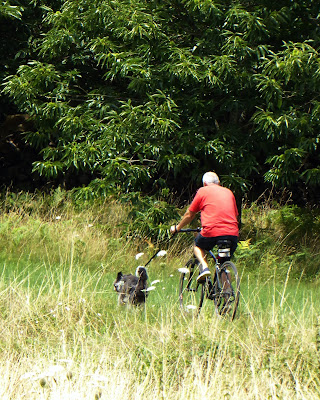 Just over two weeks ago we ordered a new dog harness for Rick from Amazon France.  They quoted a week for delivery.  Rick was getting very excited at the prospect of a brand new harness but then we were notified by La Poste that the package had been damaged in transit and returned to sender.  Amazon France were apologetic but, as it had been sent by a third party, they could only refund the money and we would have to re-order the item.  Paul duly re-ordered the harness.  It was supposed to be delivered this morning.  It hasn’t arrived.  Quelle surprise.

In the meantime Rick still gets his exercise.  Philippe’s dogs are in the background looking enviously at Rick’s fun.  Rick just wants to know when he will get his lycra shorts. 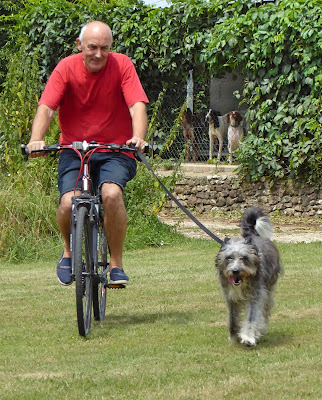 Pan-fried green chillies for lunch today.  Thanks for the recipe Cro! 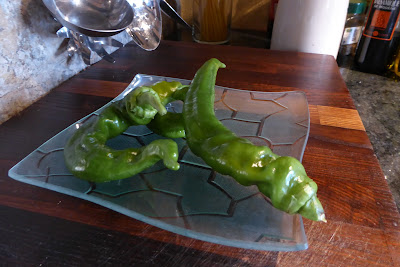