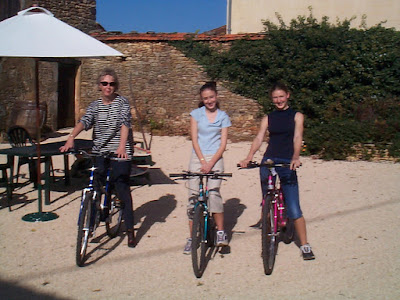 This photograph of me and my girlies was taken in 2001.  I never dreamed that over a decade later I would be a semi-serious cyclist.  In those days I could hardly cycle any of the hills around here at all without stopping for a rest.

Beautiful sunshine on our ride out this morning.  A pine marten slunk across the road, he took his time and spent a few moments looking at us before continuing on his way.  Unlike the brown hare that was running as if Beelzebub was after him, gosh they can run fast. 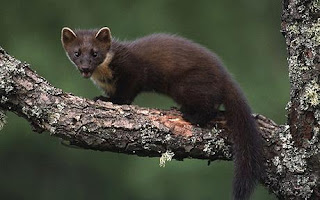 I picked the first French beans and cherry tomatoes from the potager today to make a salad nicoise for lunch.  Love these summer days of long, leisurely lunches.  We had finished eating and were feeling very tranquil and relaxed when suddenly a sparrow hawk swooped in like a stealth bomber and tried to take one of the sparrows perched on the house roof.  He was so close you could feel the draught from his wings. (Paul says I’m exaggerating.)  He circled the courtyard a couple of times before disappearing into the distance so we think he may have missed out on his lunch this time.  The sparrows were very quiet afterwards. 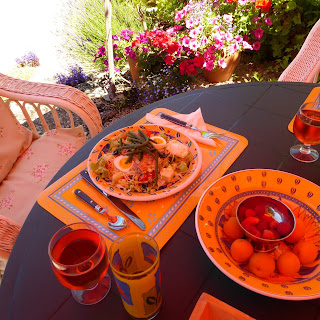