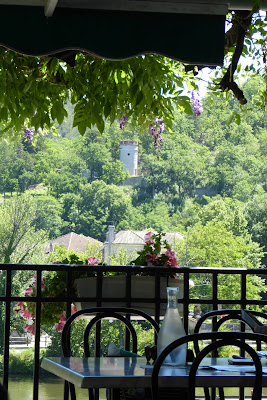 On Friday, while waiting to collect Rick from the refuge, we had lunch in Cahors at the Auberge des Gabares.  We sat outside on a lovely wisteria clad terrace overlooking the River Lot. (Gabares are the old sailing barges that were one used to transport goods along the river, nowadays they just transport tourists).

The last time we ate at this auberge, tucked away up a flight of stairs, we were greeted by a rather gruff old host who plonked a bottle of red wine in front of us and barked “boeuf ou porc?”  The subsequent meal was an absolute banquet with tureens of soup and cheese platters passed from table to table.  The auberge has now been taken over by a young couple after the previous owners retired and they follow a similar theme although there is now a small a la carte menu if you don’t want the dish of the day.  We had a delicious quiche followed by fish pie, then a generous selection of cheeses and finally a fantastic choice of desserts (I had strawberries and panna cotta).  Fifteen euros each! 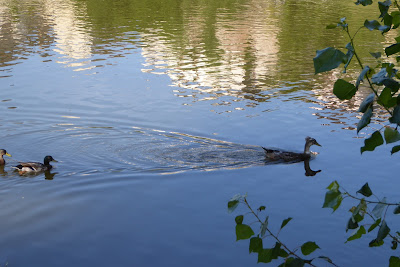 After lunch we wandered past the cathedral and through the old, narrow streets of Cahors.  A new bronze statue, L’Ange de Lazaret, has been installed outside the cathedral, rather grotesque but still fascinating. 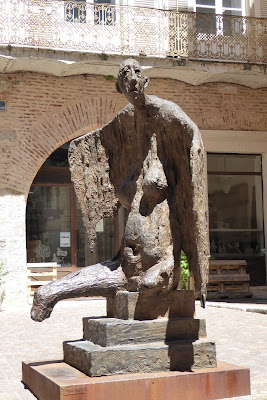 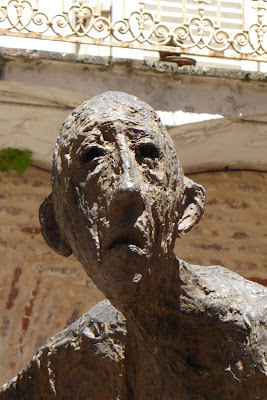 
These old faces and bodies are not decay; on the contrary, it shows a vision of a loved one.  This is not torment.  When you get older the bodies are transformed and through it there is also a beauty
The cost of this installation, just a mere 150,000 euros.
I like walking these back streets; I call it the sewing quarter because there is a big, old fashioned fabric store and then further on several artisan studios producing haute couture.  I felt a little under dressed in my shorts and t-shirt covered in muddy paw prints. We don’t visit the city very often so it was a pleasant interlude. 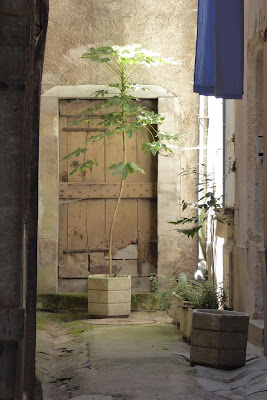 (Rick seems to be enjoying his new home, it is very hot this afternoon so right now he is indoors, stretched out on the terracotta tiles having a snooze.) 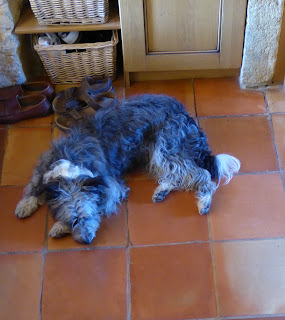