"Shall we cycle to Bonaguil today?"


"We’ll be back long before then."


We set off just after 8.00 a.m.  Through the woods and out onto a rough gravel and sand track, it’s a short cut to the road we wanted.  Ahead of us was a jogger with his two dogs running loose.  We carefully passed the jogger with a cheery bonjour.  He half-heartedly called his dogs but they had other ideas.  Two cyclists were fair game and those ankles and shapely calves looked like a tasty meal.  Unfortunately we could not outpace the dogs as we were now on a steep incline and the loose stone did not make for easy riding.  No matter how fast we pedalled we could not lose the snapping, barking animals.  Should I stop and attempt to pacify them?  Not on your nelly, one of them may have been a playful chihauhau but the other beast definitely had a look of pit bull about him. 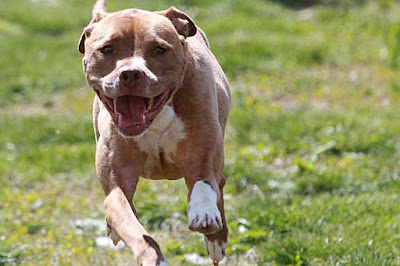 The adrenaline finally gave us the surge we needed and as we crested the hill we finally managed to lose the little devils.  After that our ride was relatively uneventful and we were home by 10.15 a.m.


We had lunch on the terrace (salad followed by raspberries and delicious ripe plums from the garden) and have been chilling out on the terrace this afternoon listening to some jazz.  It’s not a bad life.  I'm just thankful my ankles are still in one piece.