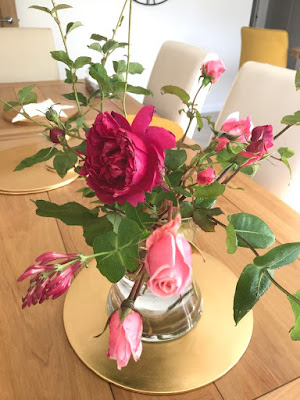 After some early rain this morning the skies cleared so I ventured outside and pottered around the garden for a while.  Rick said he would accompany me as long as I agreed to throw his tennis ball umpteen times.  Tonight we are forecast frost so I decided to cut the few remaining rosebuds and a few sprigs of honeysuckle to bring indoors.  They make a rather straggly but pretty display.

The strawberry bed is still producing fruit but none of it is ripening at this time of year, except for one single strawberry.  Paul and I shall fight over it later. 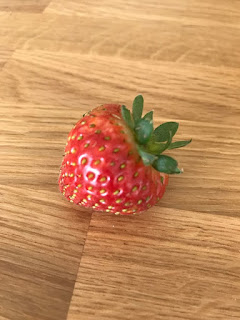 Paul had a special delivery earlier, two cubic metres of organic compost.  I have never before seen anyone get so excited by a heap of muck.  Unloading it from the lorry was effortless, transferring it by wheelbarrow to the vegetable garden will not be quite so easy. 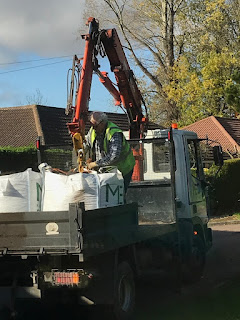 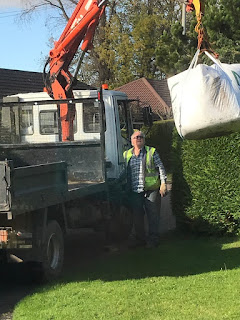 Two more days and we are going into lockdown once more.  No dancing for me this week.