Kat is home for the weekend.  She has just taken Rick for a long run, he thinks she is absolutely wonderful. 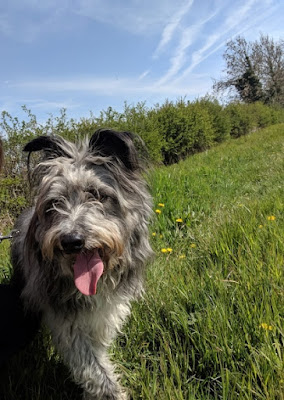 Last night it was the village quiz.  Kat and her friend, Annie-Beth, joined our team.  There were quite a few Easter related questions including who starred in the Easter Parade and who was Roger Rabbit's wife. Easy stuff to lull us in to a false sense of security. The picture round was flowers.  “I’ll do this” piped up Annie, “I used to be a florist before I joined the RAF!” We got top marks for that round and almost won, missing out on the trophy by one point.  We smiled bravely and applauded the winning team. Bah!

The weekend’s duck race has been cancelled.  Not enough water in the beck.